Towards Healthcare Interoperability: What Must Be Done? 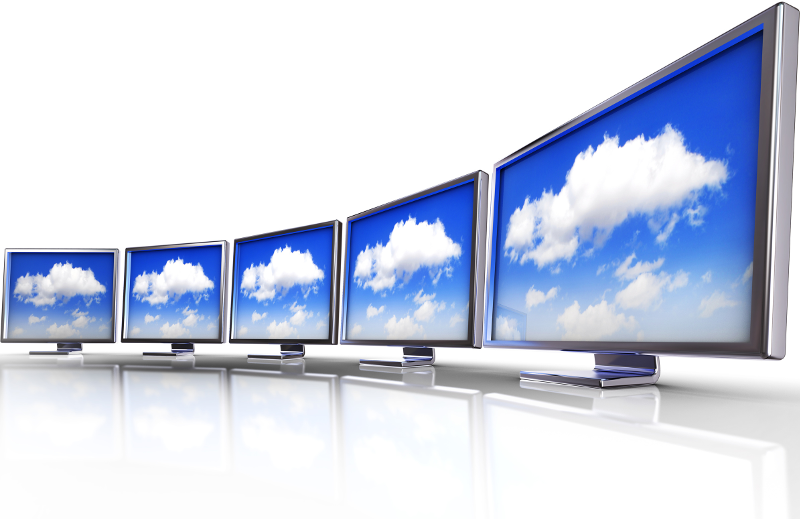 Interoperability is becoming the most sought-after in healthcare, but needs further standardization.  Image Credit: http://cloudpro.co.uk

A few days ago, Walgreens announced a new deal with Epic Systems, joining numerous health systems (and one of its major competitors, CVS) by implementing Epic’s famous electronic health records (EHRs). In its press release, Walgreens cited interoperability as one of the primary reason for this transition:

This state-of-the-industry EHR will enable more seamless communication with health systems and local providers, and gives us enhanced capabilities to deliver better health outcomes through greater care coordination and interoperability.”

Interoperability has become the holy grail of technology adaptation in many industries.

Its importance is better shown by examples where interoperability is absent. Everyone who’s switched cellphone carriers in the past 10 years may have wondered why the same phones for AT&T could not be used for Verizon. Or in Europe.

The cell phone towers are in 2 incompatible formats: GSM and CDMA. A CDMA phone cannot be used in GSM, the way software has to be separately developed for Microsoft Windows and Mac OS X. Despite supporting very similar sets of hardware (phones) and transmitting similar types of information (radio wave signals), the incompatibility arises from how data is exchanged. Protocols, standards, and application programming interfaces cause these networks to remain non-interoperable.

Contrast this example with WiFi. All WiFi-enabled devices are compatible with WiFi without having to worry about different specifications because the 802.11 standard has been adapted as the universal standard.

Healthcare information technology (IT) began like cellphone towers. At its inception, a patient’s record in 1 EHR could not be copied to a different vendor’s solution without significant work. In today’s highly distributed American population, with 7.3 million people moving to a different state every year, we can no longer rely on a single health record.

When I go to my doctor in Philadelphia, she needs to see my x-ray back from when I lived in Boston. A cancer patient’s doctor needs to be able to get chemotherapy and radiation treatment records and load them into his or her own system to continue the therapeutic pathway. When a car crash victim is sent by helicopter across the state to a level 1 trauma center, even overnight express Fed Ex is too slow for a computed tomography scan to arrive on a DVD.

Therefore, it comes as no surprise that the ability to exchange information emerges as the new holygrail for EHR providers. The Healthcare Information and Management Systems Society defines interoperativity at 3 levels.

Not All Electronic Health Records Are Made Equal

Walgreens’ choice of Epic is not without good reasons. Epic is well on its way to become an industry standard. In The Digital Doctor by Robert Wachter, MD, the author describes Epic as a safe bet for EHR, like the healthcare equivalent of the famous IBM marketing phrase from the 1980s: Nobody Ever Got Fired for Buying IBM.

Last month, KLAS Enterprise released a new report ranking various EHR offerings based on its “Average Interoperability Rating” as graded by each product’s customers. HIT Consultants summarizes the findings, describing athenahealth, Cerner, and Epic as the 3 highest-rated solutions, with Epic rated 3.7 to 3.8 on a 5-point scale. Based on a SK&A analysis, Epic Systems Corporation owns 42% of the market in large practices (26 to 40 physicians) and 54% of the market among very large practices (more than 41 physicians).

Epic achieves interoperability through what it calls Care Everywhere, which reportedly supports both its own and non-Epic EHR, but “a richer data set is exchanged and additional connectivity options” are available when both sides of the communication use the same vendor.

Interoperability through the use of the same proprietary solutions is one method of achieving this goal, much like the way Microsoft achieved “interoperability” in the 1990s—Microsoft Word.doc format became the de facto standard format for document exchange simply because everyone used Microsoft Office. It was a practical application of demand-side economy of scale (also known as network effect).

However, the road to interoperability does not necessarily require ubiquity of proprietary support. To the contrary, the European Committee for Interoperable Systems (ECIS) argues that so long as a system remains proprietary, its effect on interoperability will always be limited:

In the closed proprietary world, there are restrictions on which vendors can implement the standard, which in turn impacts consumer choice and market competition. These restrictions can be a lack of access to a democratic standardization process, onerous licensing terms, or proprietary technical hooks.”

The ECIS advocates open standards, in which vendors and developers agree upon a specific way of implementing services so that their data are compatible.

The best open standards are invisible—they work so seamlessly that we hardly realize that monumental efforts had been invested to create this experience. Examples include the aforementioned IEEE 802.11 wireless standard, and the HTTP and HTML5 standards. Imagine if some websites required that you use Internet Explorer, while others only supported Safari, some Firefox, and half of them required you to download an extra software plugin to watch videos that came in as many versions as there were browsers.

This was the way the Internet worked in the early 2000s. The technology industry fixed it in a hurry after realizing that open standards for the Internet benefits all players as much as the end-users.

And so it should be for healthcare.

Open Standards Is Just the Beginning

One well-known example of open standard in healthcare is Digital Imaging and Communications in Medicine (DICOM) standard, developed to handle, store, and transmit medical imaging. DICOM allows a magnetic resonance imaging scan from anywhere in the United States to be assimilated into any other radiology system. Another such example is HL7, which standardizes how healthcare data can stream between software applications. Related to HL7 is FHIR (pronounced “fire”), aimed for rapid interchange of interoperable, granular clinical data components.

With open industry standards, so long as the vendor supports the proper standards, it would be able to send data to or receive data from another system that supports the standards regardless of which EHR vendor the 2 systems choose.

Like its competitors, Epic Systems Corporation began to recognize the importance of making healthcare data universally available. Its EHR supports many open standards including both DICOM and HL7. Nevertheless, a 2014 RAND report describes Epic’s low interoperability as a major concern. The report cites that Epic’s heavy customization for each implementation and its heavy reliance on free-text fields create “closed records.” Due to these reasons, not all implementations of Epic are necessarily compatible with one another. One Black Book poll for hospital EHR usability found Epic users were “most dissatisfied with the inability to integrate with best of breed [emergency department information system] solutions (86%) or provide widespread connectivity to obtain external records (83%).”

As Walgreens joins the many thousands of institutions who made the transition to EHR for interoperability, the verdict is still pending on the best way to achieve health IT’s new holy grail. While proprietary solutions align powerful market forces with patient interest, the reality of healthcare’s complexity will require all the major players to work together and agree on an open format.

Next time your clinic or hospital wants to buy a new EHR, take the opportunity to ask about how well it plays the other EHRs in your city. It is the least you can do to help your patients consolidate their dental, physical therapy or rehabilitation, and nursing home records for the best experience.

This article originally appeared on the American Journal of Managed Care website.

2 responses to “Towards Healthcare Interoperability: What Must Be Done?”