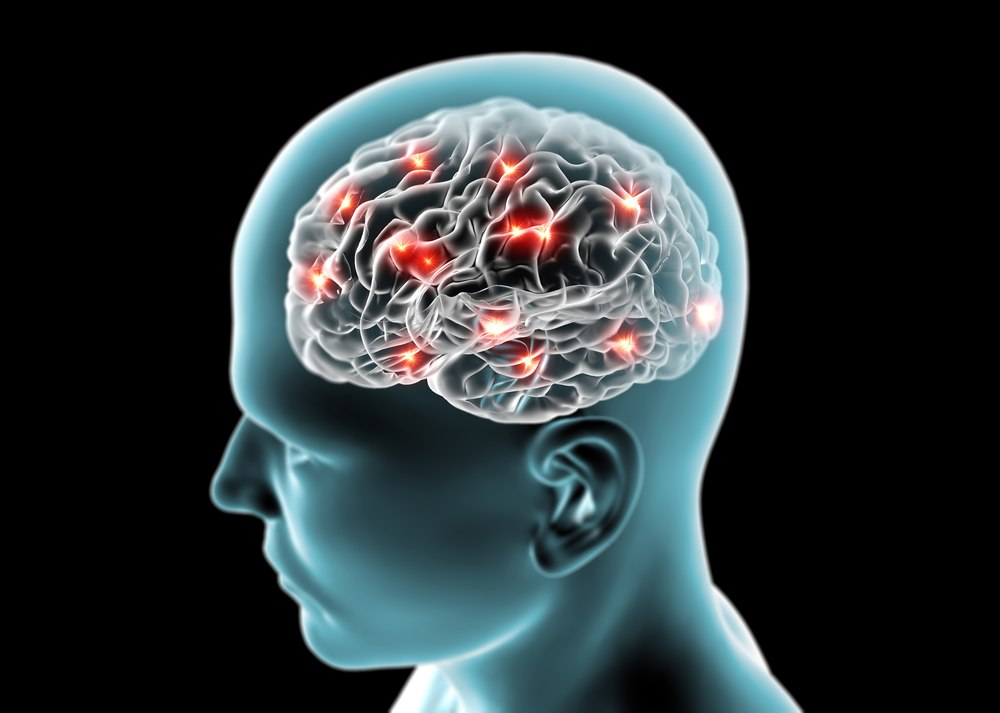 Artificial intelligence promises to uproot the practice of medical imaging – traditionally thought to be expensive and highly expert-driven. Radiology industry juggernauts like General Electric, Nuance, and Partners HealthCare all teaming up with established AI players like Intel and NVidia. The innovations have advanced rapidly. Recently, AI has managed to achieve super-human accuracy in the detection of pneumonia on radiography.

So what’s a radiology practice to do?

What can we learn from other industries that have seen the arrival of large, untamable, data- and AI-powered competitors?

Amazon entering an industry is typically regarded as an extinction-level event. Amazon started with the Internet, then had Big Data, and now has AI – they’ve bet first, bet big, and bet right on all of the major tech trends.

But this story isn’t about Amazon; it’s about everybody else.

The Opposite of Going Extinct

Amazon sold its first book in 1995. Independent bookstores became the first to take the hit, with 43% of them across the US going bankrupt between 1995 and 2000 (think: what if 43% of radiology practices closed over 5 years?). By 2011, Amazon became big enough to force Borders out of business.

Then something strange happened. Between 2009 and 2015, independent bookstores made a comeback and grew 35%. So how did mom/pop bookstore manage to fight the not only now AI-Powered Amazon despite its economy-of-scale? 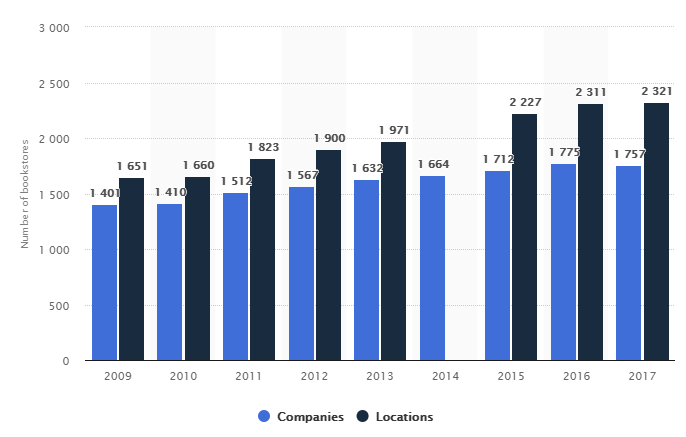 The number of independent bookstores increased steadily between 2009 and 2017. (Source: American Booksellers Association)

The Opposite of Fighting Back

The second part of this story is not about books.

Imagine you are a brick-and-mortar furniture store and found out Amazon has just decided to start selling everything, not just books. Amazon’s strategy: forget stores and staff, our warehouses pack more per cubic foot because only robots need to navigate them, and we don’t need stores, and our prices are lower because we’re enormous.

If you were a brick-and-motor furniture store you may decide to improve your processes and overhead costs by slashing staff. You might strategically decrease your showrooms and instead optimize storage and real estate costs. You might rework your stores for customers to quickly come and go to fight the convenience of the web. You might build a website but you know you can’t abandon your stores because you just can’t attract the right top programmer talents Amazon can. You might start offering free shipping and absorb the costs to compete.

If you’ve ever been to an Ikea store, you’d know that it has not done any of the above. The stores are more than just large and spacious: entire floors are dedicated showrooms. The offerings have not become more specialized but instead became strangely diverse: Ikea has a proper food court and great meatballs. It has a free indoors kids playground with a chaperone. There is only 1 real path through the showroom – if you want that new showerhead you’d probably have to walk through every section of the store until you get to the end.

It turns out that independent bookstores and Ikea figured something out: You don’t compete against a tech company solely on technology. On that ground, you will lose every time.

The lesson from bookstores is playing to competitive strengths. Independent bookstores that survived doubled down on “boutique appeal,” a strategy they know is off Amazon’s road to domination. Store owners used data, internet, and social media to do they already did better than any competitor, even Amazon: connect with local readers on a personal level with “what John the Tuesday store clerk read last month” lists and “come to our Game of Thrones book club with dragon-themed decors.” They thrived because they used technology to become even better in what they were already doing better.

The lesson from Ikea is building complements around the core strength. Complements are seemingly unrelated features that amplify the value of the core product. A kid’s playground makes no sense by itself, but when you put it together with a food court, large and gorgeous showrooms, and well-designed single path through the entire store, it becomes a reasonable way to spend a Saturday afternoon for a family. No amount of AI will allow Amazon to become a “spend a Saturday afternoon” destination for a family. But Ikea found a way to turn its cost weakness (physical location) into an advantage.

Update: It’s worth noting that Amazon has since realized that its strength of all-virtual shopping has an ironic blind spot of lacking real locations. Many modern Amazon Whole Foods stores include not only hot bars for take home food but also boutique eateries and coffee shop as complements to the core grocery store business, making the trip to the grocery store more appealing to the whole family.

What Do We Do?

Radiologists who “play to their strengths” happen to know their real job description. We know our local practice landscape, their referring clinicians. We can rapidly respond to specific local needs like live-consultation for preoperative planning. We can be in tumor boards. We can make clinical colleagues look amazing in front of their patients.

But this is not to be confused with hubris: the bookstores that did nothing perished. Without a doubt, the radiologist 2.0 will rely on AI to be faster and more accurate, but it is no longer good enough; the best radiology practices will leverage modern technology to double down on their relationships with their patients and referring providers. It means making the correct imaging order easier to place; it means using modern visualization and record summary tools to prepare top-notch tumor board presentations; and it means having a presence in the hospital leadership team and making imaging part of its “AI strategy.”

What are radiology’s complements, services that add value to medical imaging but are not, strictly speaking, radiology? They are integrated diagnostics between radiology and pathology, they are follow-up imaging coordination, they are incidental, actionable findings. Today these tasks seem inefficient and cumbersome for the radiology practice, the same way that keeping a food court and a spacious warehouse might seem like a wasteful use of real estate for Ikea. But it is also a business model that runs counter to an AI-based technology company entering radiology. But make no mistake, they are smart as well – that AI company will be building its own armada of complementary features: beautiful interface, rapid triage to radiologists, one-click export to the reporting software.

Perhaps, after talking about Imaging 3.0 for years, this existential opportunity is finally the right time to invest in data, technology, and expertise to go beyond generating a diagnostic report.

This entry was posted in Figure Stuff Out. Bookmark the permalink.