If you are a radiology resident, you probably spend more than eight hours a day in front of a computer.  Just as a cardiologist might spend hours looking for the best-in-class stethoscope and a neurologist a perfectly balanced reflex hammer, a radiologist might do well to spend some time thinking about spiffing up your workstation.

These are not radiology-specific tools.  They are also not mind-blowing innovations.  Instead, their existence often go unnoticed.  Like air, some tasks that these programs help you with are so ubiquitous you may not even even realize they could be improved. 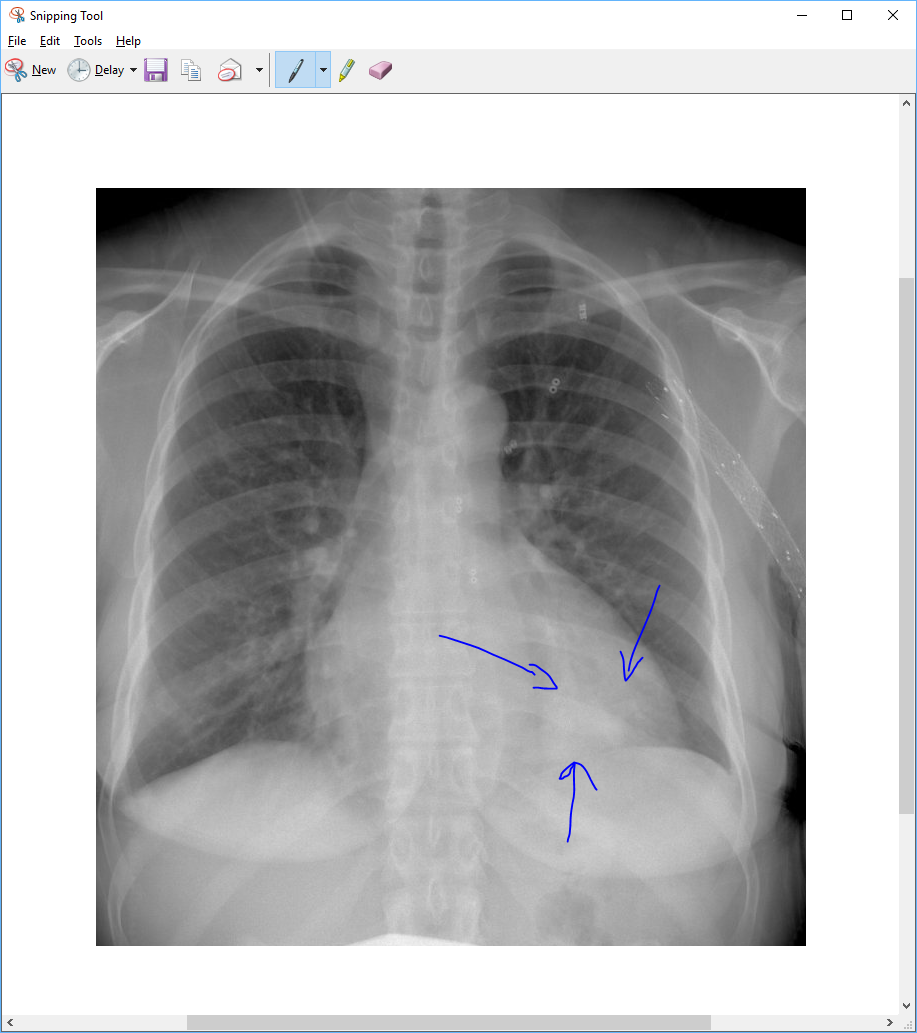 There is always a role for downloading full resolution TIFF images for publication purposes.  However, sometimes you just want a simple screenshot for case conference or teaching file.

Fortunately, there’s a one that is on just about every modern Windows machine.

If your workstation runs Windows Vista or later (hopefully later), you have access to a built-in utility called Snipping Tool.  It is surprisingly powerful for a tool that comes on every Windows machine.  Just search for it in the Start Menu.

Once you have it open, hit the “New” button, and draw a rectangle over the region of interest, and you will get a copy of that part of the screen.  Being able to specify the area of interest is critical because you have to exclude patient health information. The software provides you with a tool to annotate the Then, you can either save it as an image file, or just paste (Ctrl-V) it directly into another software like PowerPoint.

Maybe you’re editing a dictated a report. Maybe you’re clipping screenshots (or exporting images) for a case conference. Either way, there is a workhorse powering your productivity in the background: the clipboard.

The clipboard is temporary storage for data copied to it by the user.  You use the clipboard whenever you use Ctrl-C and Ctrl-V.  Traditionally it holds only one entry and is permanently lost when a new entry is copied onto it.

This is why having a clipboard manager can be quite helpful for the radiology resident who is constantly editing large amounts of text all day long.

As an example, ClipX is an old but useful freeware clipboard manager. It stores a history of things you’ve copied (image and text) and allows you to paste anything from that long history.  For instance, rather than having to clip and paste a CT one frame at a time, a clipboard manager allows you to clip 10 frames in succession, and then past them from history into PowerPoint, Google slides, or another tool.

When editing a dictated report, you can also use Ctrl-X (cut) instead of Delete to keep a trail of all text you’ve deleted during the work day. 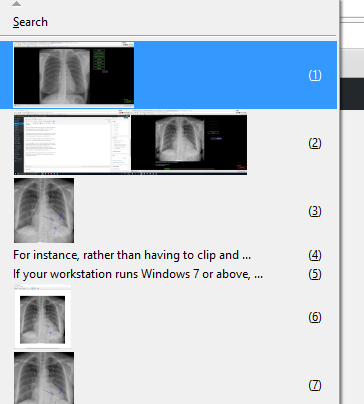 This is one of just a massive number of free productivity tools online.  What makes it good for radiology residents is that radiologists are very visual people, and Trello is a very visual tool.

It’s based on the idea of Kanban, which is Japanese for “Billboard.”  The idea is that the best productivity for any project comes from knowing exactly how many components are “Todo,” “In Progress,” and “Done.”

Trello allows you to create todo lists as “cards.” Then, as you complete each step in the project, you can just drag the card into different categories (e.g. “In Progress” or “Done”).  You can make other categories like “Waiting For” to keep track of things relevant to the project that you have to wait for, and “Backlog” for steps that a lower priority.

Trello is particularly helpful for visualization of group projects

I’ve used both OneNote and Evernote, and both are fantastic. Since OneNote became free, I migrated entirely to OneNote because of compatibility with Windows-based workstations at work.

These particularly awesome tools have been discussed a few times in this blog, including one on why I decided to move from Evernote to OneNote. All of these tools are great, and choice is a question of personal preference.

Generally, these types of tools are great because of the following:

Mind map is an organizational diagram that mimics the way our brain thinks. That claim may or may not actually be true.  However, a mind map is a rather efficient way to display information on a piece of paper because it lays data out across both dimensions of the piece of paper by expanding radially.  By contrast, an outline displays data in a linear fashion.

They creates a sort of synthetic synesthesia where a piece of information is represented in multiple colors, shapes, text, and relationships to other pieces of information.  Here’s an example from Wikipedia:

For the less artistically inclined, XMind is a free mind mapping tool.  There is a paid version providing extra features for the very invested users.  Like Trello, the visual nature of information organization may be particularly helpful for a radiology resident who may have affinity to visual tools.  Here’s an example for multifocal liver lesions I made once upon a time…

XMind is not the only good tool for mind mapping. I am also partial to Mindmup, which provides all core features but requires only a web browser.

If you are someone who takes note on the computer and routinely uses the outline form, it’s worth taking a brief look at a mind map tool to see if it fits your repertoire.

Some of these are very simple applications.  In a world when everyone wants a mobile app, sometimes having a robust set of good old simple software tools makes a bigger difference.  I use at least one of these tools everyday, and I hope they can make your work a little easier too.